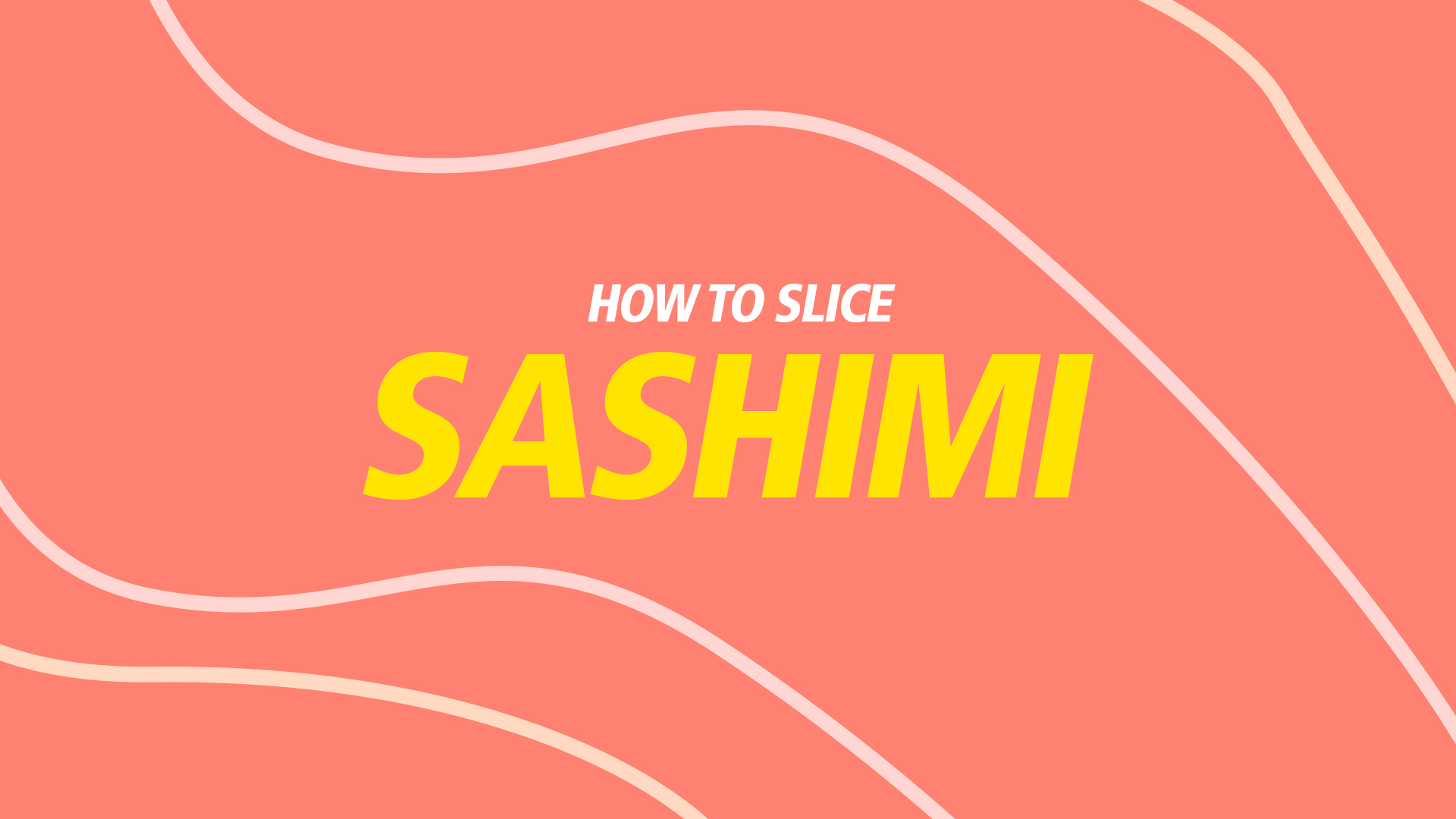 Ever wanted to be a sushi chef? Or, maybe just to eat neatly sliced strips of sashimi in the comfort of your own home? All you need is good, sashimi-grade fish, and a really sharp knife!

Step one: Position the fish straight on the cutting board in front of you.

Step two: Position your knife so that the knife is at perpendicular to the grain of the fish.

Step three: Angle the knife such that the blunt edge is inclined sharply to the right, so when you make a slice, the knife will cut at an angle down and to the left. It is advisable to use a sashimi knife if you have one as they are sharpened such that only one side holds the cutting edge and the other side remains flat. The flat edge is there so that food doesn’t stick to the knife.

Here’s a video that you could also refer to:

With that, you’re on your way to become your own sushi chef (sort of)!