What is an orgasm?

A blockbuster peaks at the climatic third act. A rollercoaster peaks with a dramatic drop. And sexual excitement peaks with the orgasm – an exclamation mark punctuating the height of your sexual pleasure.

Upon orgasm, a feel-good cocktail of oxytocin and endorphins floods your system. From stress and pain relief to improved immunity and lifespan, the benefits of orgasms read like a miracle drug. It’s no wonder why the experience is so coveted.

So let’s dive in to take a look at what actually happens during orgasm and more importantly how you can make better orgasms happen more often.

When it comes to orgasms, men are sprinters while women are marathoners. It’s quicker for men to reach orgasm and they have a higher rate of success. Women, on the other hand, have a longer orgasm and can still experience it at old age when men cannot. Women are also more likely than men to experience multiple orgasms.

Orgasms for men and women follow more or less the same pattern. The heart beats like it’s a guitar hero boss pumping blood to your erogenous zones, swelling them. An incredible amount of tension is then built up in your muscles and nerves through sexual stimulation. Then, at its most glorious peak, your body releases all that tension involuntarily through immensely pleasurable waves.

Here’s a detailed look at each stage and how it happens differently between the sexes:

While most people relate orgasms to the stimulation of gender-specific erogenous zones (e.g. penis for men and clitoris for female), it is possible to achieve orgasm by other ‘unisex’ means.

Although uncommon, people have also experienced orgasms from exercising. This usually happens with exercises that involve high muscle tension and has also been called core-gasm by some.

Probably the most impressive of all, are orgasms achieved from purely thinking. The first instance of orgasm from purely psychological stimulation was reported from people who had spinal cord injury. But its possible if you just think hard enough.

The big O can sometimes be elusive, and no the answer is not a longer penis. Thankfully science has put some brainpower behind figuring how best to make it happen. Basically, there are no fixed set of steps that lead to mind-blowing orgasms. But there is a common thread – playful variety.

It’s a little like jazz where the performance is more satisfying when you mix things up. Vary the intensity of stimulation along with stops and starts and play on anticipation. Rushing towards sex is actually counter-productive so take your time to build up arousal. Instead of going straight to the vagina and penis, explore the body a little more.

While most women require clitoral stimulation to reach orgasm, some women can reach orgasm simply from nipple stimulation. Preference is personal so it’s very much about experimentation and finding out what excites your partner. Besides, engaging in new positions gives an extra ‘oomph’ to your big O!

If you’re a multi-tasker, stimulating multiple erogenous zones at the same time can create a more powerful “blended” orgasm.

While everyone has their own quirks, here’s a quick look at the erogenous zones for both genders: 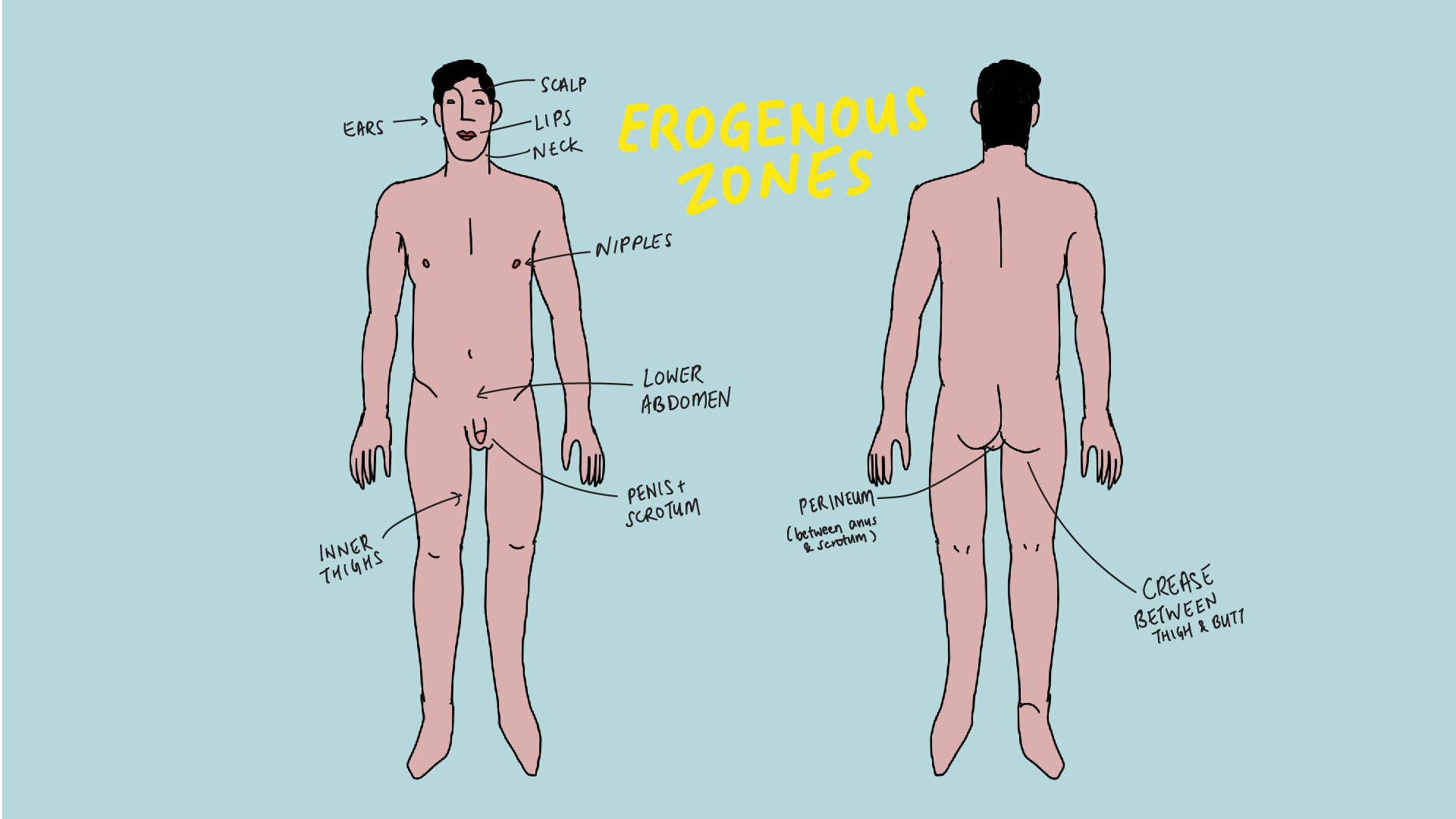 If you have trouble spotting the G-Spot, Clitoris or Frenulum, spot them on our sexual anatomy piece.

As much as orgasm is physical it is also largely mental. Orgasm is a little like sleep in the sense that the harder you try to consciously make it happen, the more it eludes you. But when it happens, there is actually no brain activity related to behavioural control, fear and anxiety. This means mentally letting go of your worries and fully immersing yourself in the moment is actually key to having an orgasm.

Another psychological key player is self-esteem. The “sexier” or more comfortable a woman feels about herself, the easier it’ll be for her to have an orgasm. Likewise, the more confident a man is, the more likely his partner will have an orgasm.

If orgasms still seem elusive (especially for women), don’t worry. The good news is that middle-aged women actually have more and better orgasms compared to women in their twenties. This all comes with knowing your body better and building your confidence with time.

Orgasm is a powerful experience. But it’s a destination that can only be arrived at when your focus is on the journey. So the next time, things get steamy, focus on your partner and forget everything you’ve just read.

We will be uncovering more information on sexual health in the upcoming articles. If there are any other questions that have been bugging you but is too awkward to ask, drop us a note and we might just do the legwork for you! In the meantime, follow us on Facebook and Instagram to stay tuned for more!