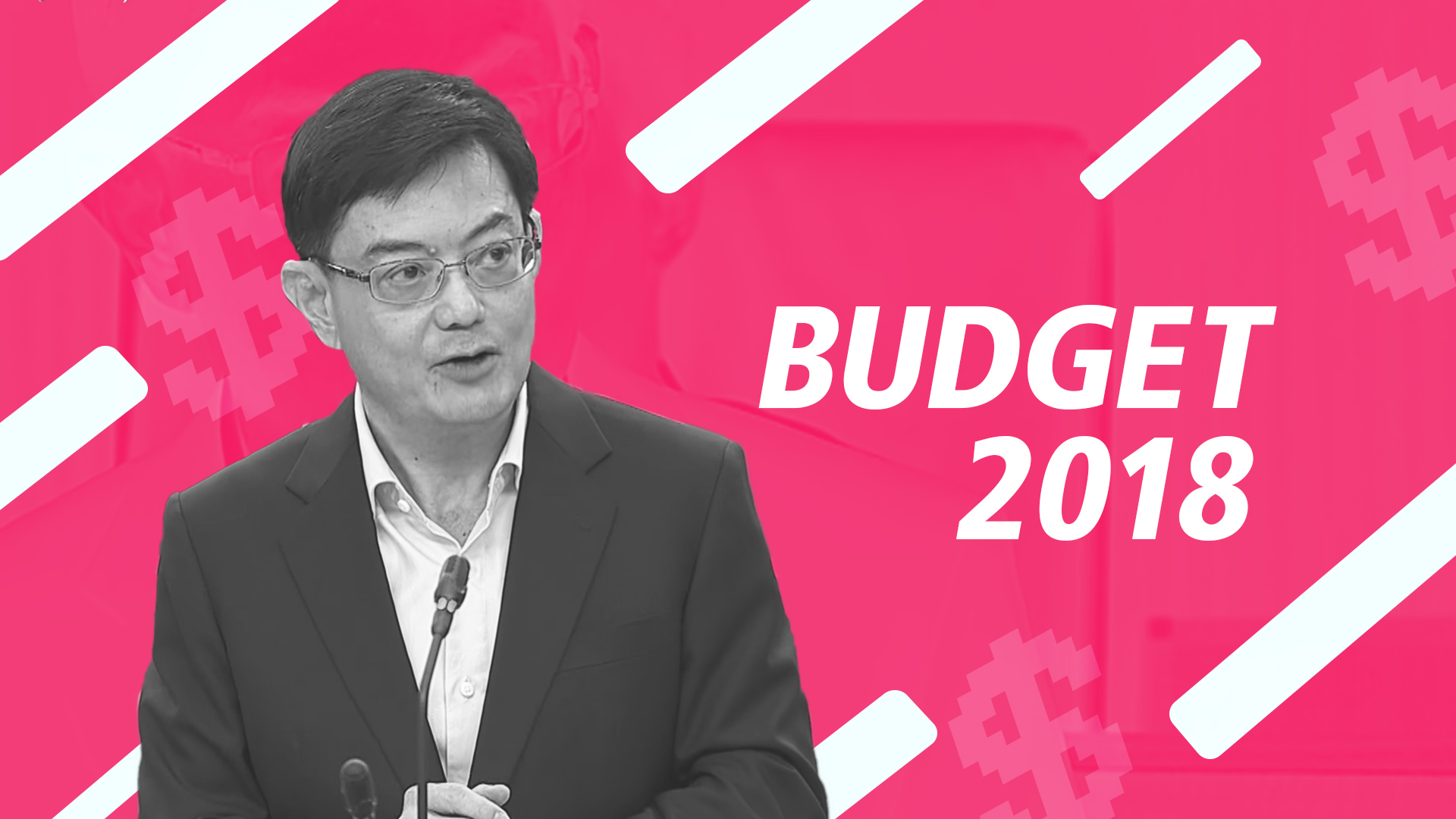 You might’ve already heard so much about Budget 2018 by now, and if not – which rock have you been living under? Jokes! With all the promotion and even getting social ‘influencers’ on board to spread the word (no, we’re #notsponsored, ok?), you’re probably wondering the impact of it to yourself.

Yay to free money, but what are the caveats?

Don’t worry, you won’t have to sit through 2 gruelling hours of Finance Minister Heng Swee Keat’s speech. We’ve taken the time to digest the information from major news outlets and the ‘Budget in Brief’ to create this summary of all the highlights that will have the greatest impact on you!

P.S. there was one great moment in there when Mr Heng delivered a 5-star pun. See it for yourself.

If you are 21 years old and above, you’ll definitely receive at least $100 while:

Wondering what happened to the GST Vouchers? Unfortunately, the SG Bonus is not an extra payout on top of the otherwise familiar GST Vouchers – they currently exist as an offset of the utilities bill dubbed as ‘U-Save’. Fancy names aside, you will receive the money by the end of 2018. Kaching!

Attention to anyone who’s planning on getting a resale flat! There are more grant amounts for both singles and married couples planning to live WITH parents (you can refer to the table above).

Also, living ‘near’ parents is newly defined as being within 4km of your parents’ home. Meaning that you are more likely to qualify for the PHG even if you live in neighbouring towns, which provides more options for young adults looking to live near their parents. Hurray!

Let’s be real, everyone saw it coming from a mile away (yes, we got the hints). GST will be increased from 7% to 9% anytime between 2021 to 2025. Minister Heng also hinted that it will most likely be earlier than later in that time frame. But hey, that’s at least another 3 years of 7% GST! Better cherish it while it lasts.

#4: Your Netflix, Spotify subscriptions will be subjected to GST

The hardest pill to swallow would be to face the music of paying taxes for essential online apps – okay, we kid! We’re not that dramatic.

But from 1 January 2020, GST will be introduced on digital services imported from overseas. These include Dropbox, Google Drive, App Store purchases, and yes – even your Netflix and Spotify subscriptions.

#5: Your e-commerce purchases are still exempted from GST

If you’re anything like the team at How To Adult, you probably online shop a lot. Well, imagine our sigh of relief when it was announced that physical good purchases made online are still exempted from GST (as long as they cost less than $400)!

However, this happiness may be short-lived as Minister Heng alluded to plans of changing this in the near future. But we’ll definitely take what we can get.

Tobacco excise duty has already increased by 10%, making it more expensive to smoke a cigarette today. If you’ve always wanted to stop smoking – here’s your chance to do so and save money in the process!

#7: That carbon emission tax is most likely going to raise the cost of utilities

After the recent ratification of the Paris Climate Agreement in 2016, the government is working hard to combat climate change. Hence, starting from 2019, there will be a carbon tax of $5 per tonne of greenhouse gas emissions on businesses and emitters in Singapore. If that’s still unclear – well, what that means is that the utilities bill will be increased in the future.

An excerpt from Channel NewsAsia article reads: “The carbon tax will make up about 1 per cent of total electricity and gas expenses on average, translating to a rise in electricity prices of about 0.21 cents per kWh, assuming the full tax is passed on to end-users.

To help households adjust, the Government will provide additional Utilities-Save (U-Save) rebates from 2019 to 2021. During this period, each eligible Housing and Development Board household will receive S$20 more per year.”

Which brings us to point #8.

U-Save is another fancy name of the rebate on utilities bills credited by the government into your household utilities account. Remember how we talked about it in point #1?

You can read more about it here.

#9: Increase in Buyer’s Stamp Duty for purchase of properties above $1 million

If you are planning, or currently are, the owner of a private property which costs above $1 million – take note that you’ll have to pay 4% for the amount beyond the first $1 million. The tiers for Buyer’s Stamp Duty remains the same for amount below $1 million.

There will be an increase on the foreign domestic worker levy, from $265 to $300 per month, from 2019 onwards. If you are eligible for concession, the monthly FDW levy still remains at $60.

With this increase in amount, the definition of ‘aged person’ has also been raised from 65 to 67 years old. This means that if your parents need to be taken care of before 67, you will not be able to enjoy the concession rate. Uh-ohh!

We hope this brief summary of Budget 2018 has helped you understand the different changes and how it’ll potentially affect you and your loved ones. Let’s all work hard together and ensure that we too, will have a fiscally sustainable and secure future!