A Strategic Field Guide to the Singaporean Potluck 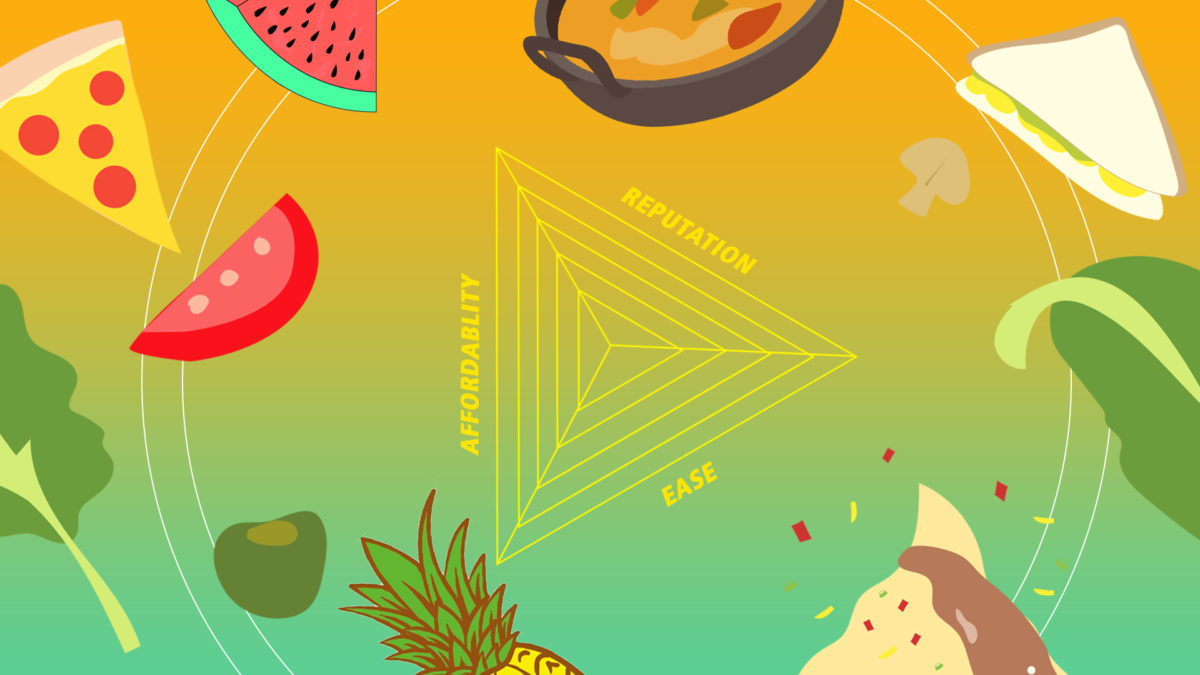 A sure sign of adulthood is a shift in your role at the potluck. Before adulthood, you simply show up and eat whatever’s on the table. If you’re a chubby kid, you’ve got to eat more for some reason. But as an adult, you’re now responsible for at least one dish.

The life cycle of a potluck begins with the WhatsApp group chat list. Through copy and pasting, you’re supposed to acknowledge your attendance and announce the dish you want to bring. Some call it initiative and collaboration while others call it peer pressure. 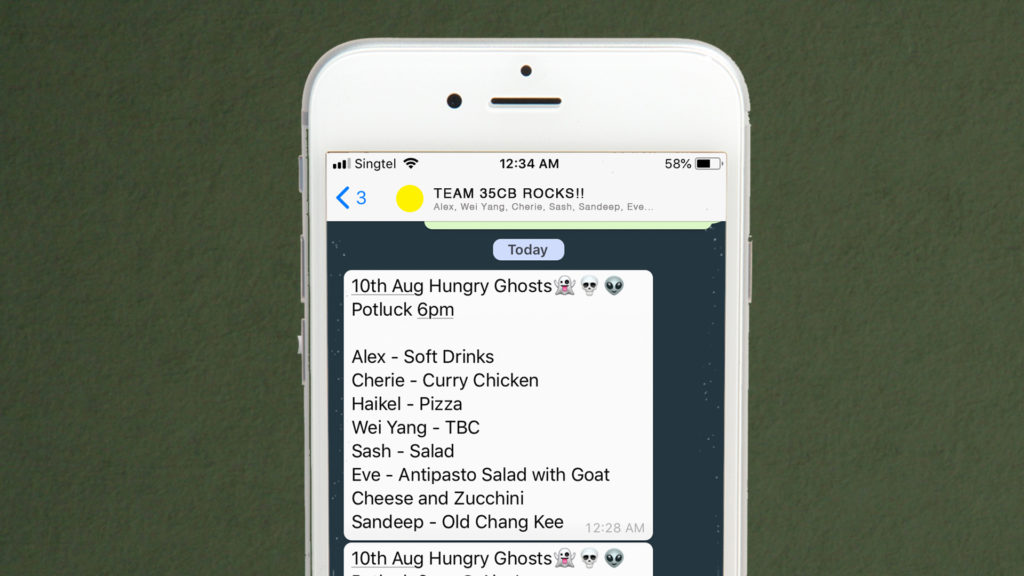 The Golden Triangle of Potluck

The Golden Triangle of Potluck comprises of three key factors:
Ease: Is the dish easy to make/buy/ transport?
Affordability: Is the dish cost-efficient to feed a large group?
Reputation: Does the dish make you stand out or look good?

If you’re thinking, wait a minute, isn’t this just a checklist in a triangular shape? No, no it isn’t. Otherwise, it’d be the golden checklist. The triangle reveals a complex relationship at play between the factors.

Ease and Affordability are two ends of the same string really. The easier it is – Buying vs Cooking, Delivery vs Bring it yourself etc. the more costly it’s going to be. To make things worse, you”ll only be able to score on reputation when ease and affordability are both at a minimum.

The Golden Triangle Solved
However, we realized that perception could be the key to a true golden triangle. A dish that makes you look good is usually expensive or hard to make but it’s the perception of difficulty and value (not the actual difficulty or value) that is key. So at the end of the day, if we can find a dish that is easy and affordable, but creates a much higher perceived value and difficulty, we’d hit the potluck jackpot.

Here’s our take on several potluck candidates in search of the golden triangle.

Buy Beverages: Bermuda Triangle (either your money or your reputation disappears) 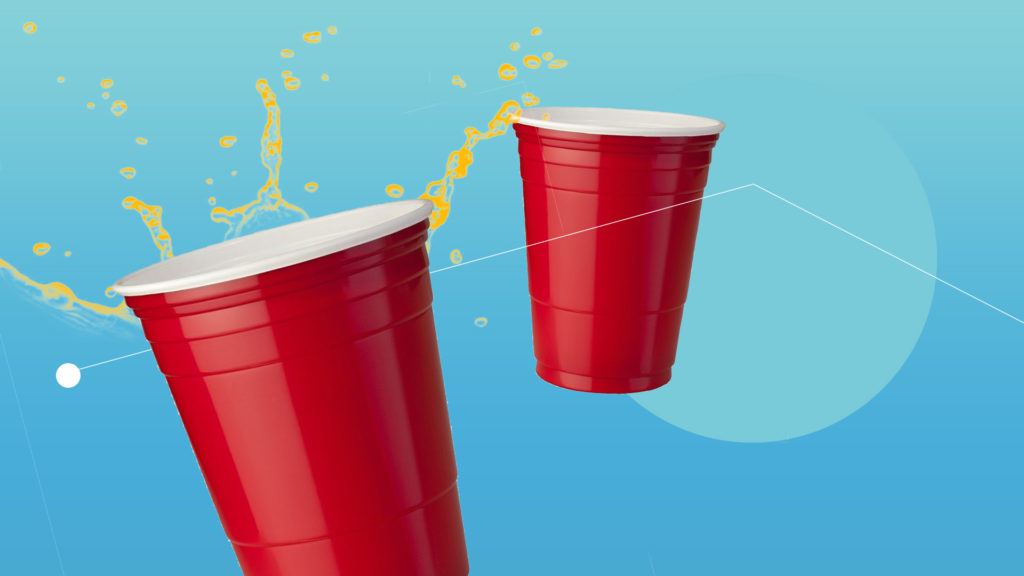 The beverage is a deceptively good choice. Despite its low cost, it’s pretty heavy to carry and no one will thank you or even recognize you for it. People only take note when there is not enough drinks meaning you’ll have to make another run while the rest complain about your lack of foresight. Your reputation gets an instant bump when you throw in alcoholic beverages to the mix. But be prepared to take a hit on your wallet.

Buy Pizza: Sacrificing the Whole for an Easy Slice 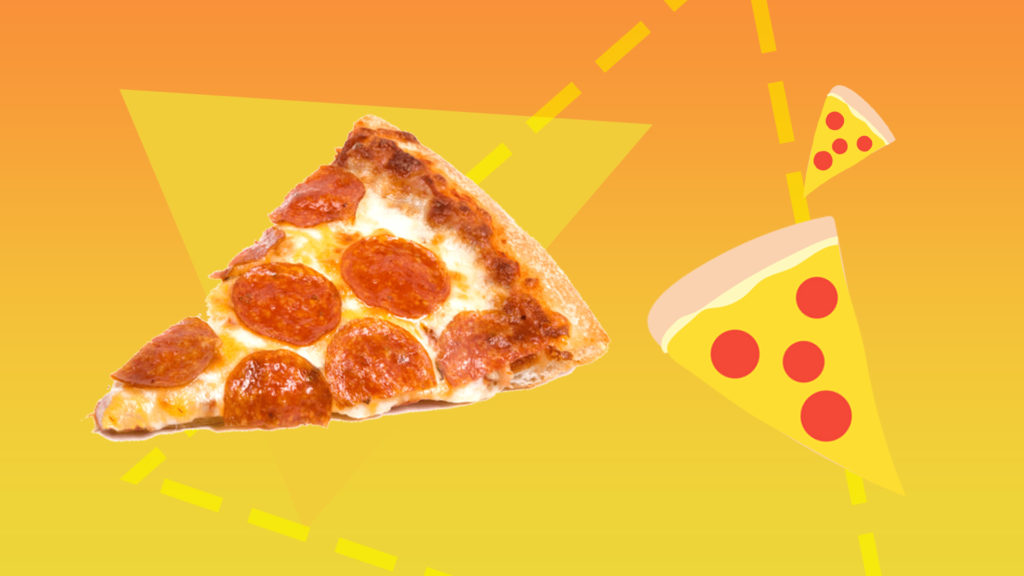 The lazy man’s frisbee. A staple at gatherings, the pizza doubles down on ease at the cost of affordability and reputation. No one will remember you bought the pizza, because you didn’t even bring it to the potluck. The delivery guy did. 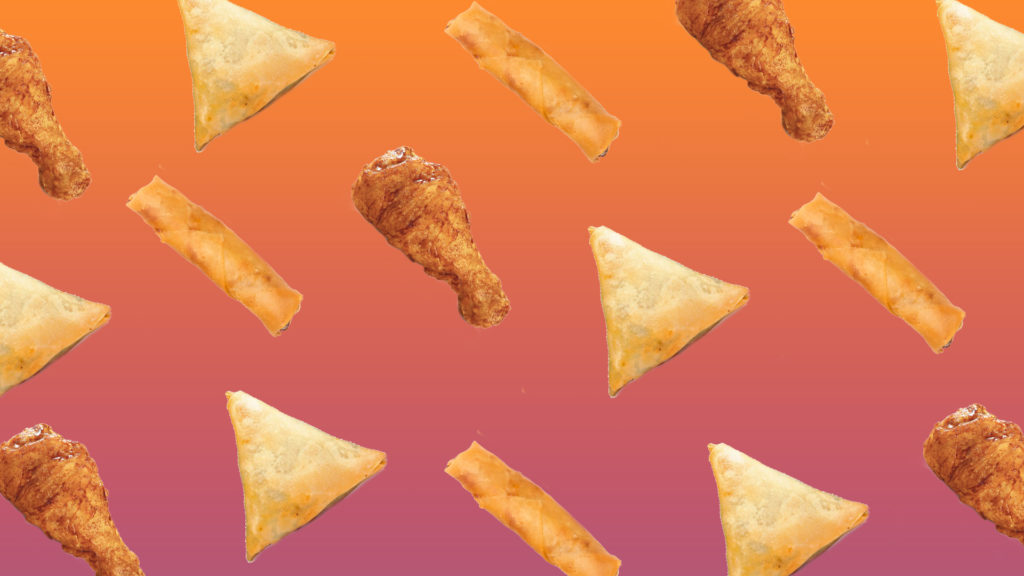 This is a standard go-to if your focus is on ease and affordability. Also, you can be confident that your food will be cleared off pretty quickly. Common variety includes chicken wings, nuggets, spring rolls and sausages. But unless you’re getting it from somewhere famous (which probably adds to the cost and transport), don’t expect people to take notice. 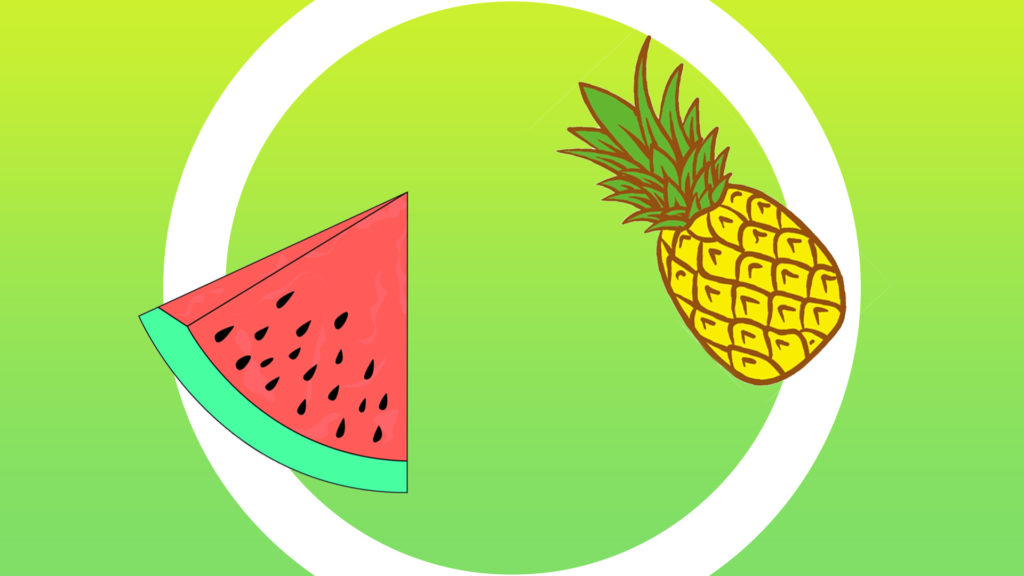 The after-thought of potluck dishes. It will probably be cleared but no one’s gonna pat you on the back for slicing a few watermelons. So unless you’re bringing out fancy Cold Storage fruits like a forbidden melon from the snow mountains, there won’t be much fanfare. 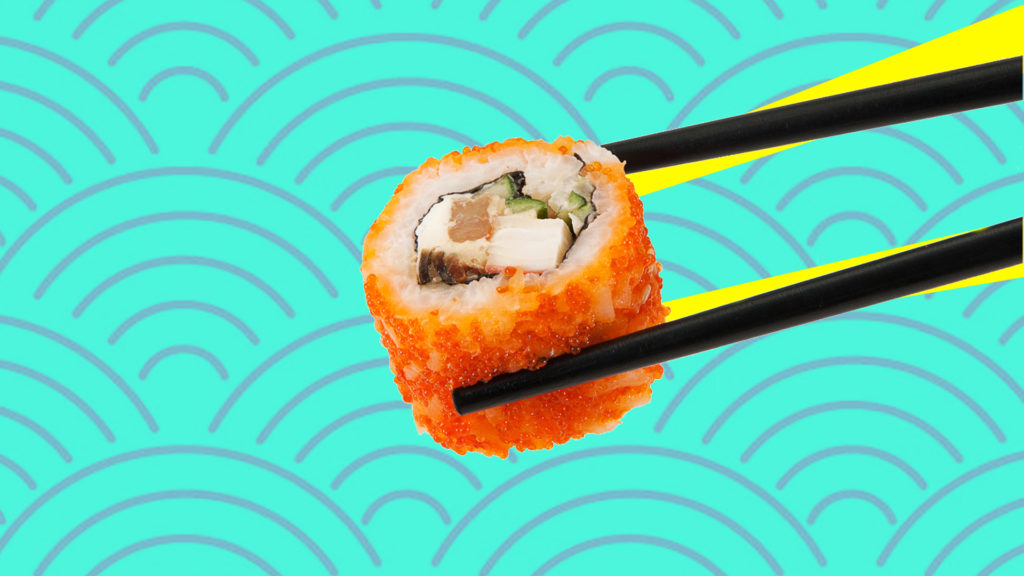 The sushi is a great pick if you don’t mind spending a little more. What it lacks in affordability, it makes up for in ease and reputation. Do note that the sushi has a time-limited draw though. It’s unlikely for attendees to take any more sushi once they are no longer cold. 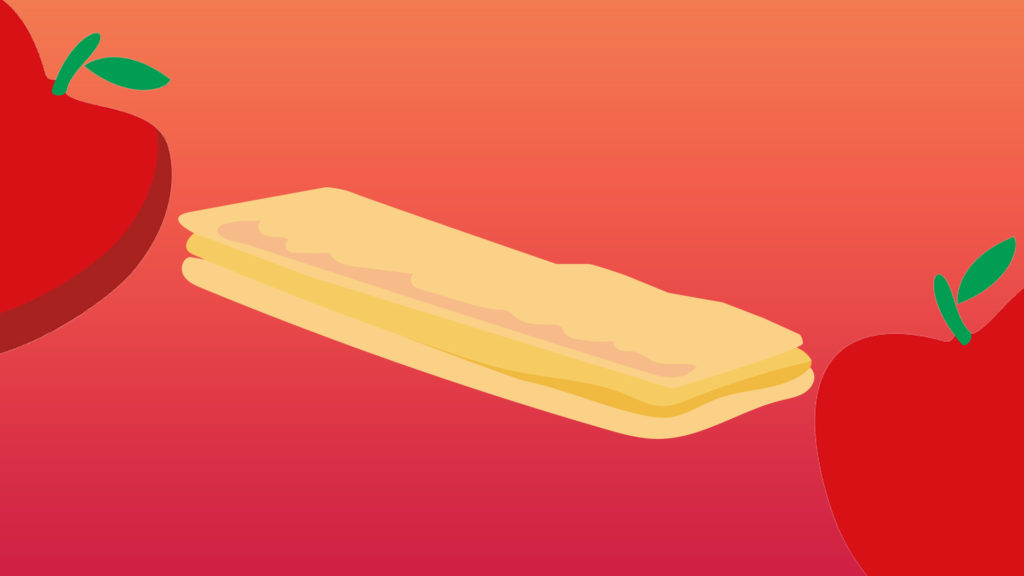 A universally loved dessert that somehow still isn’t all that common yet. Because of its premium status, the apple strudel can only do good for your reputation. Adding to that, it comes as a whole, not slices, so no one’s gonna blame you for not buying enough. The only downsides are that it leans slightly on the pricier end and there are a limited number of shops selling it. 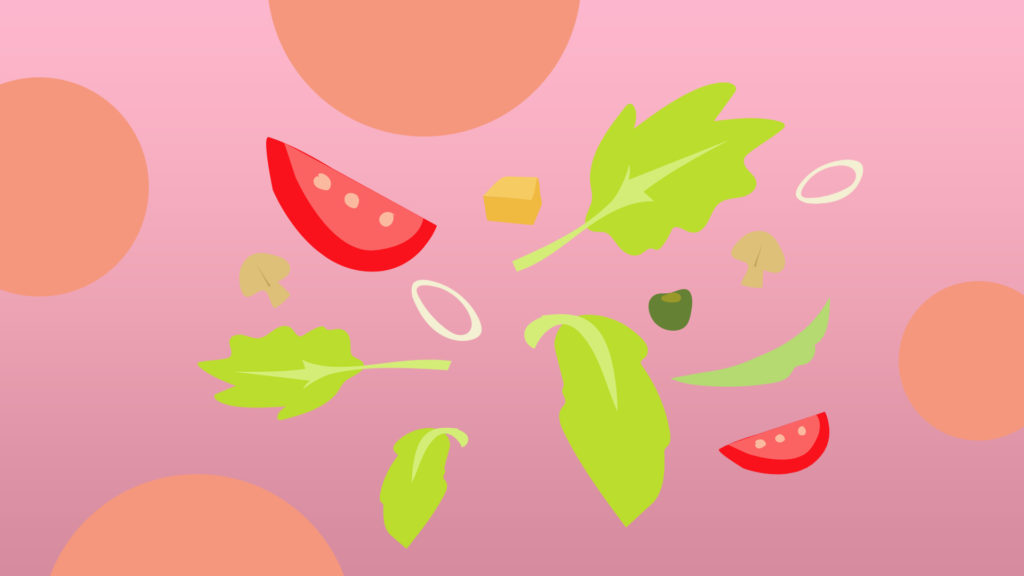 Simple but possibly impressive if done well. The salad serves many and is relatively light even in large portions. However, at the end of the day, the salad is a crowd sensitive choice. It’ll fly in some circles but left in the cold in others. Know your audience well before committing!

Ease 4/5
Affordability: 5/5
Reputation: ?/5 (depending on your social circle)

Make Curry Anything: Golden Triangle (when it has a Mother Modifier) 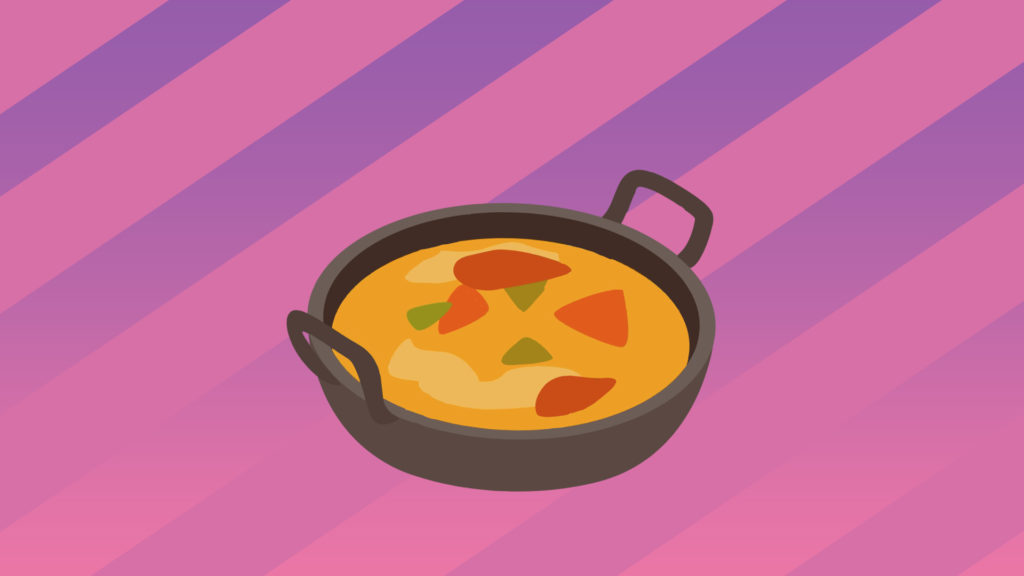 The Curry Anything is a common dish that appears impressive and serves many. Bonus points on ease if your mum’s the one actually making the curry. The only downside is that lugging the pot around and cleaning it could be quite a bitch. 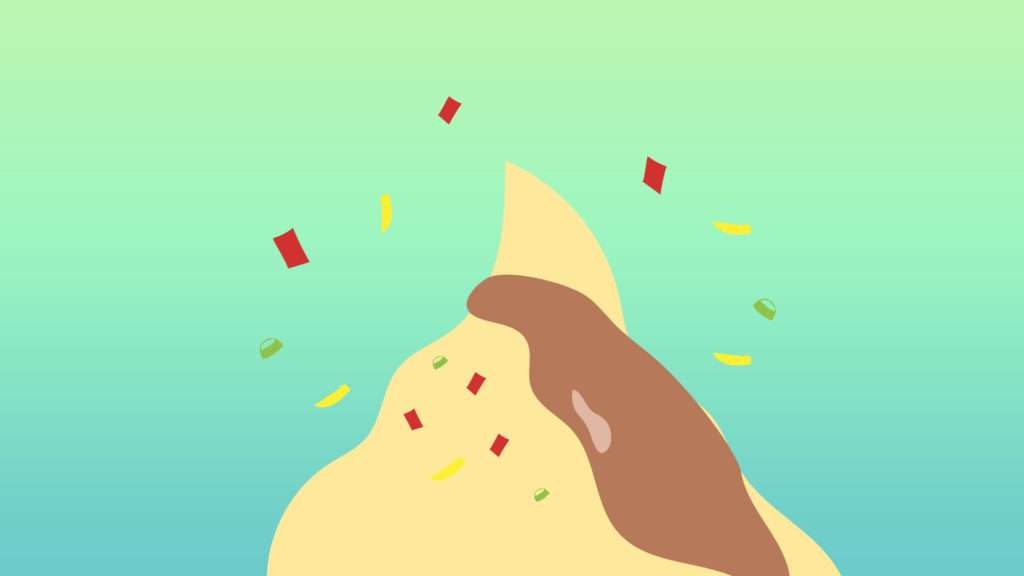 The mashed potato is a simple dish that can easily be ‘upgraded’ with a few simple ingredients in the mix like bacon bits and cheese. The versatility of the dish means you’ll be able to score on reputation with a little creativity and flair. 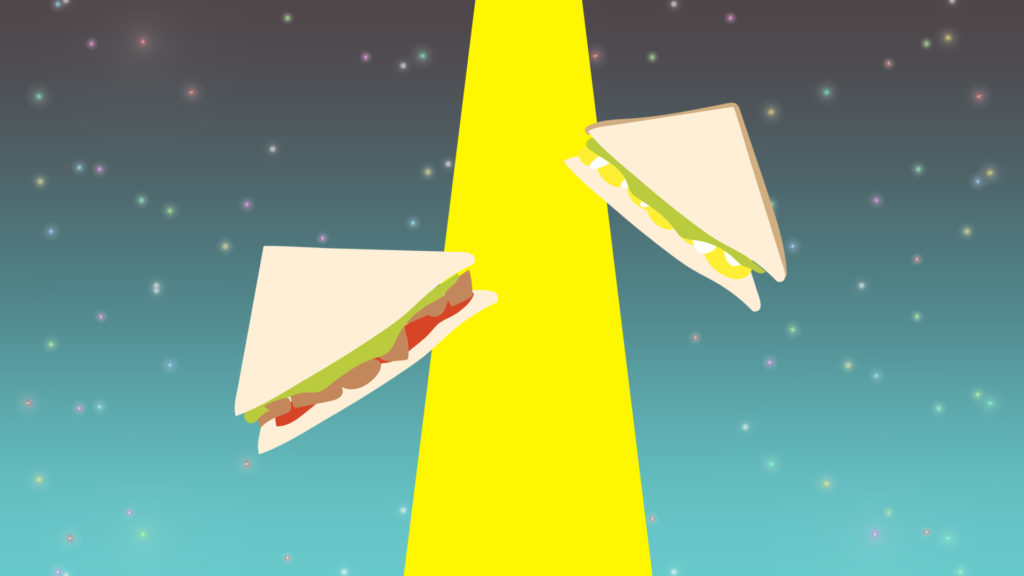 Like the mashed potato, the sandwich is incredibly versatile. For a gathering you don’t care much for, just slap two slices of bread with cheese and ham and call it a day. But if you want to impress, there are many more ingredients you can throw in the mix. However, due to the commonness of a sandwich, it loses out to a fancy mashed potato even when decked out. 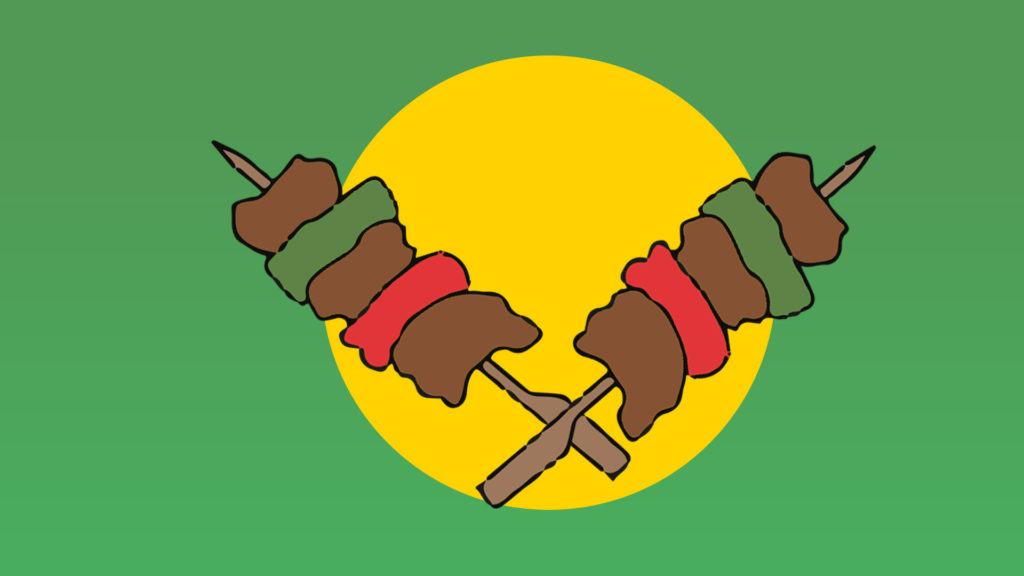 The frozen food section’s answer to the potluck dilemma. With it’s high perceived value and simple preparation, yakitori skewers can help you steal the show with minimal effort. 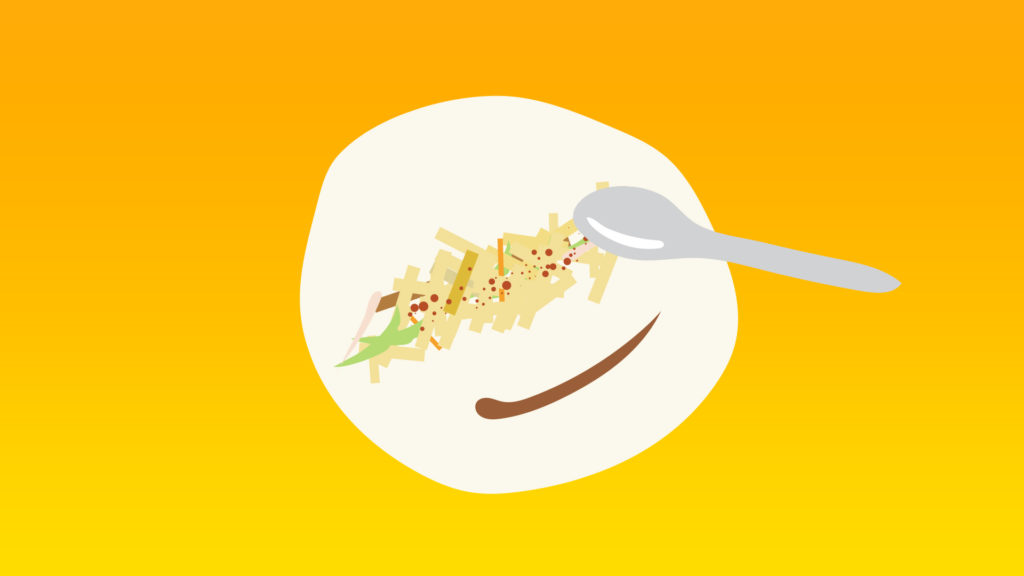 The popiah station is perfect for those who want to seem like they are making a dish but can’t really cook actually. All you really have to do is to prepare the ingredients. The interactive touch gives you quite the reputation boost and the best part is that attendees can’t fault you for lousy popiahs because they are also part of the process. The only downside is that you’ll need to bring and clean lots and lots of containers.

If you’ve gotten to this point of the article, you’re officially the 0.1% of people on Earth who reads too much into the potluck. Congratulations? At least now you’re more prepared than most people the next time someone starts a Whatsapp potluck list. And when someone jumps in to chope beverages, you can snigger, and then show them this article on the day of the potluck.

Did we miss any dishes? Tell us what we missed out and why we are wrong at hello@howtoadult.sg. Also, drop us a message if there are any adulting topics you’d like us to investigate for you.