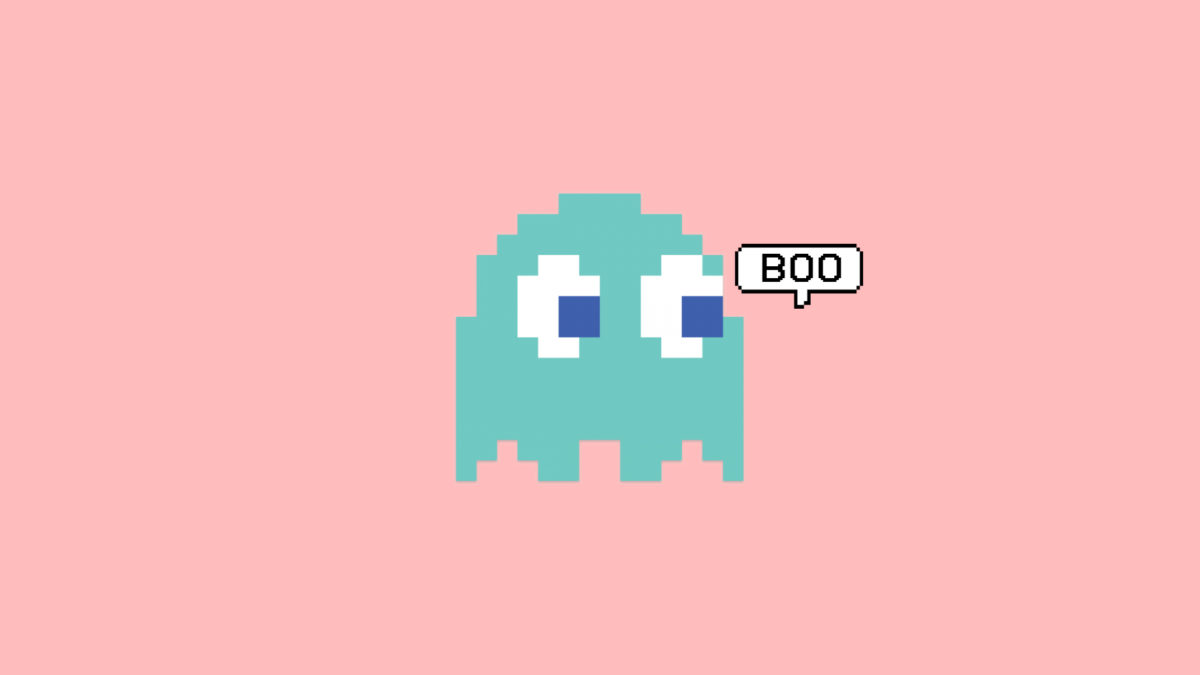 If you grew up in Singapore, you must be familiar with the Hungry Ghost Festival. With flamboyant getais and scattered roadside offerings, its arrival cannot be ignored. The month-long festival happens on the 7th Lunar Month (which falls on 11 August– 9 September in 2018) and the Chinese believe the gates of hell open for spirits to roam the earth.

When the supernatural, culture and religion blends, it naturally comes with a whole host of unspoken rules. Whether you are a believer or not, we list the most common beliefs and superstitions revolving around the Hungry Ghost month.

Why are the ghosts hungry?
It’s only fair to wonder – Don’t they serve food in the netherworld? Wait a minute, do ghosts even need to eat? Hungry ghosts are believed to be spirits who are neglected by their descendants or spirits who have done bad deeds when they were alive. Either way, they are doomed to starve and surface one month in a year to feast.

What happens during the Hungry Ghost Festival?

You’ll see offerings on many curb-ish spots like roadsides and edges of pavements. The offerings are meant to appease any hungry ghost and not targeted at any specific spirit in particular so they are placed in a public location. The Chinese, however, do also place offerings and burn effigies for their deceased family members and ancestors to prevent them from becoming said hungry ghost.

Besides offerings, there will be public concerts (also known as Getai) and opera shows held all across Singapore to entertain the roaming spirits. 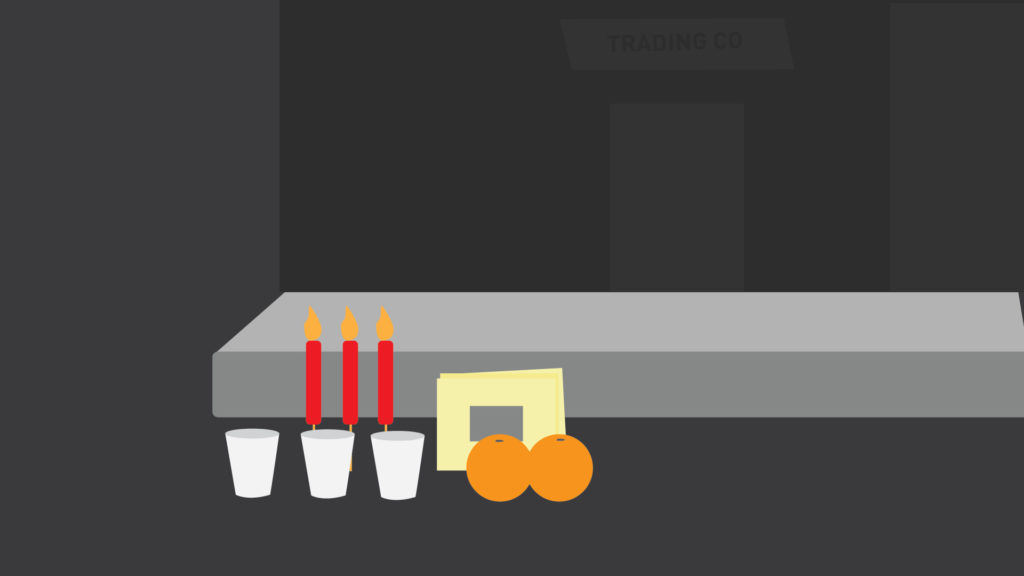 You wouldn’t want people standing in your house, mocking you and touching your things. So it’s only natural that stepping or fiddling with prayer items is a big no-no. It’s also how every Hong Kong horror movie’s possession scene begins. Joking or complaining about it, especially near prayer altars is also rude.

When attending a getai, leave the first row empty 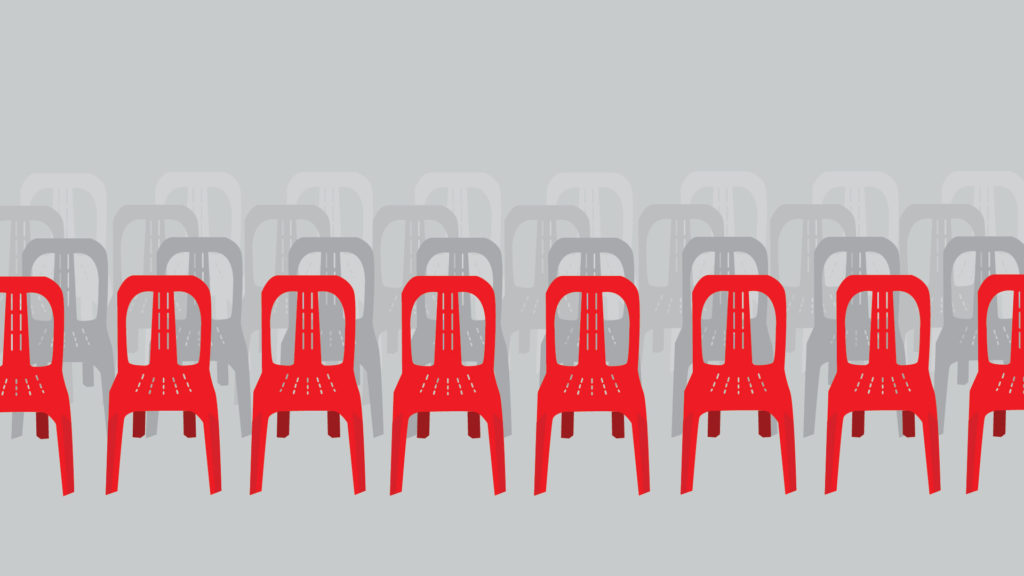 The front row seats are reserved for VIPs from the afterlife so you’ll want to shift your living, breathing ass to the back.

Postpone moving into a new home 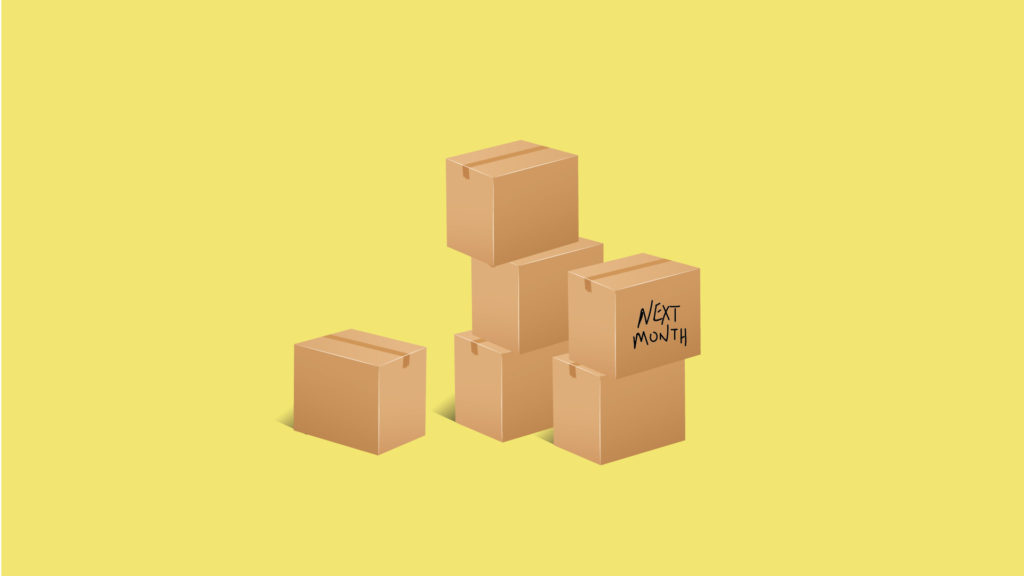 Anything new house related from buying and renovating to throwing a housewarming party is considered risky as it may seem like you’re inviting spirits to come and live with you – rent free.

You have more than enough to worry about on your wedding day. The last thing you need is a stray spirit mixing things up for you.

Don’t stab your chopsticks into your rice bowl 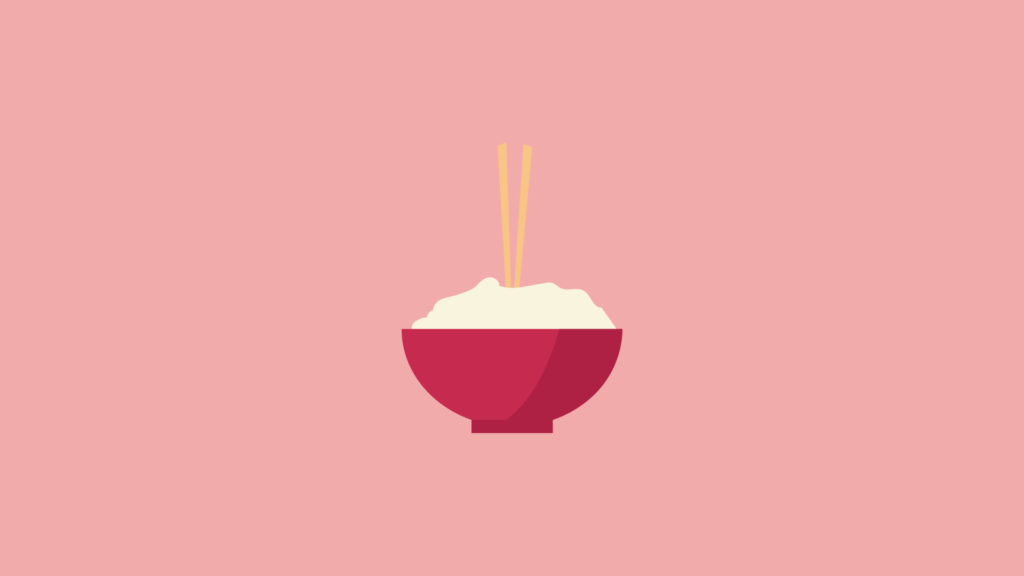 They look like joss sticks and make it look like you’re offering your food to the spirits. The last thing you’ll want to do is to tease a hungry ghost (emphasis on hungry) with your food and then finish it yourself. This is a very common taboo in Chinese culture which you should avoid even on non-Hungry Ghost months because it is usually frowned upon by the elderly.

Don’t kill insect ‘visitors’
When a serendipitous moth, butterfly or grasshopper enters your home, it is believed to be a manifestation of your ancestors visiting. So be nice and save the bug spray for another day. Cockroaches are fair game though, so unleash all the wrath you need on them.

Say ‘Good Brother’ instead of ‘Ghost’

If you do need to talk about the spirits, say ‘Good Brother’ instead of ‘Ghost’ as its the politically correct thing to do. Afterall, calling spirits “ghosts” on the Ghost Month freaks most people out.

Don’t pick up random objects from the streets
Things you find on the roadside like coins or other objects of value might be meant for the spirits or possessed. You might get more than what you asked for when you bring it home.

Avoid dark and cold conditions, especially when you are alone 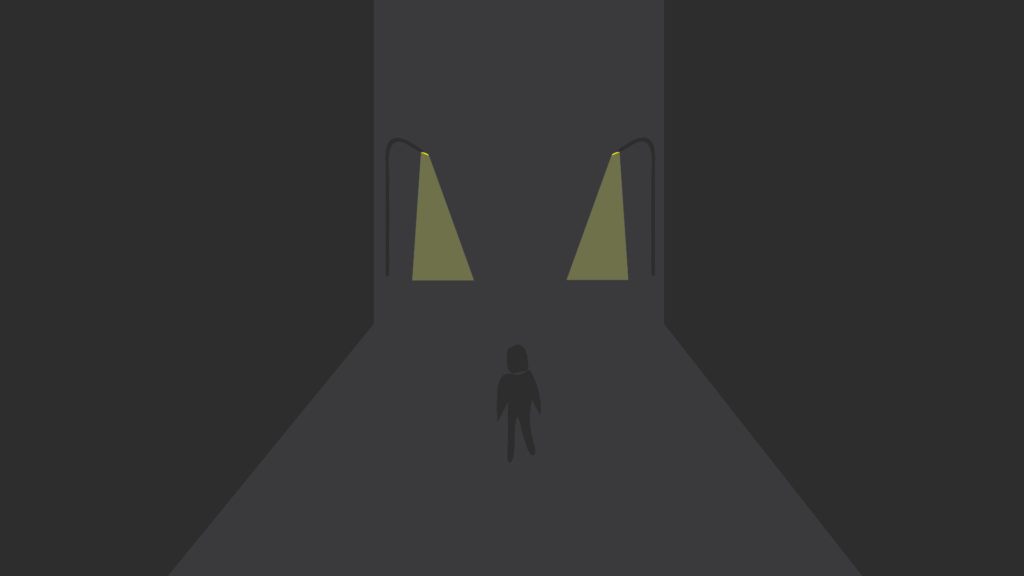 The Chinese believe that cold and dark places are ‘yin’ and therefore strengthens spirits which are also ‘yin’. In contrast, bright, noisy and energetic places are ‘yang’ and weaken spirits. It is believed that by walking home alone at night or staying in dark places, you’re putting yourself at risk of facing spirits at their strongest. That is why many chinese parents will tell their children to get home before 10pm on Hungry Ghost month.

Avoid hiking
Similar to the pool, forests are also considered to be ‘yin’, therefore malicious spirits will be at their strongest, so it’s probably best to stick to treadmills. 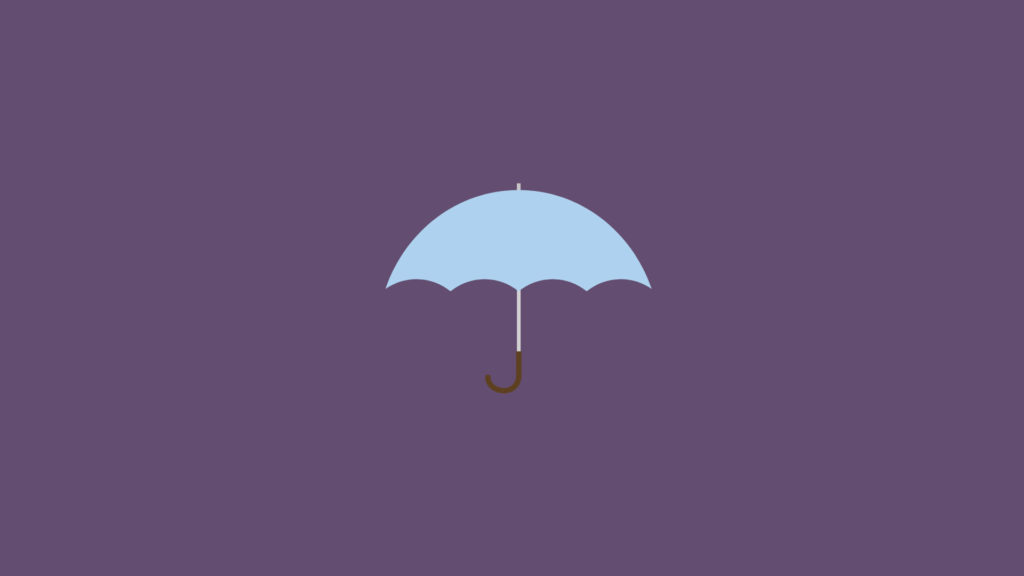 Spirits may seek shelter in your umbrella and go with you wherever you bring your umbrella. The most common taboo is that you should not open an umbrella indoors. But if it’s raining outside, use lah!

Avoid wearing heels
It is believed that the point beneath your ankle is an easy entry point for spirits. So keeping them off the ground for extended periods is basically holding an open house to your body.

Do not leave your house door open 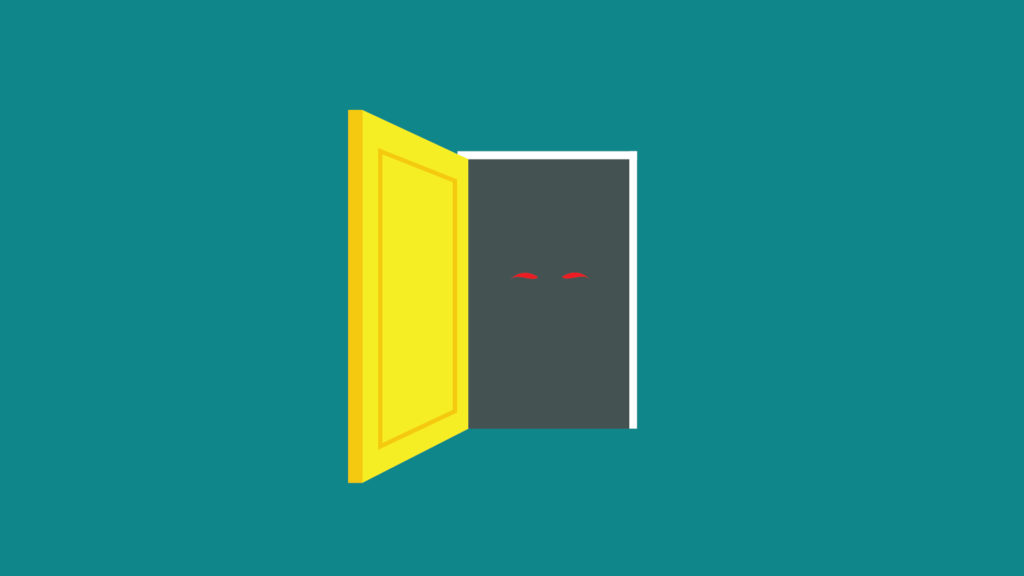 An open door is an invitation for spirits (and door-to-door salesmen).

If someone taps you or calls your name from behind…
Your first instinct is probably to ignore, run or turn your head depending on the voice. However if you’re planning to turn around, turn your whole body. The Chinese believe that there is a ‘torch’ on each shoulder and turning your head extinguishes one of them, making you prone to spirit possession.

Don’t cover your forehead
Your forehead is said to emanate yang energy which weakens the spirit. So pull back that fringe and get that forehead shinin’. 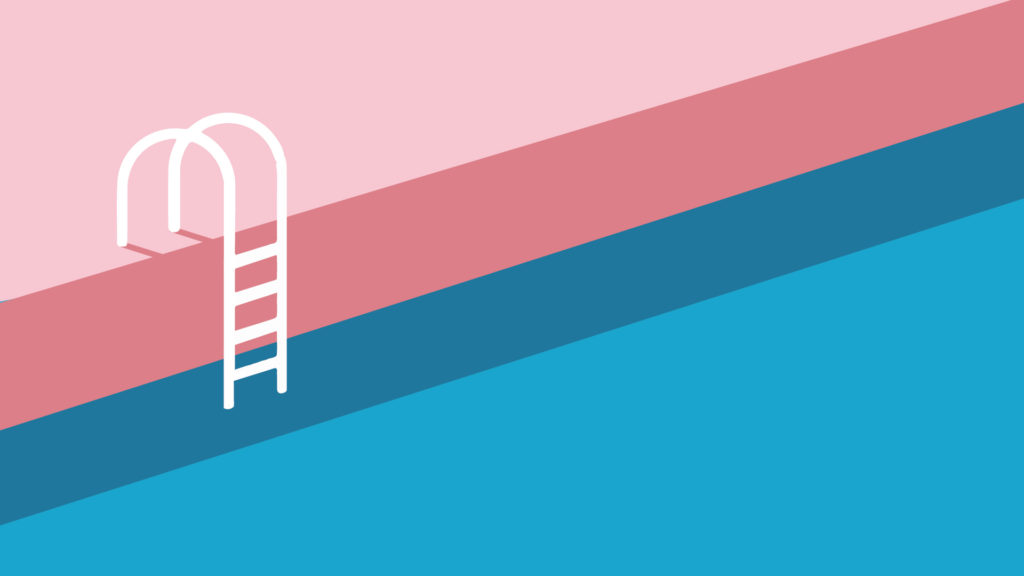 Bodies of water are believed to be ‘yin’. Also, there is a belief that vengeful spirits who drowned are determined to drag the living into the water to take their place so they are free to reincarnate.

Hungry ghosts are generally just out looking for offerings and believers are just trying to make sure their ancestors have a decent afterlife after all. At the end of the day, hungry ghost festival is an extension of the concept of filial piety and more about paying respects to your ancestors than scares. Whether you believe in the taboos or not, a little respect will never harm any one, living or dead!